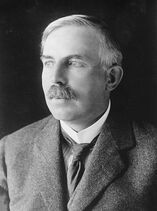 
"Science is either physics or stamp collecting!"
Ernest Rutherford

Another well-known meme says "everything happens for a reason and that reason usually is physics!"

In essence, physics is the study of matter and energy, the interplay between the two, and the laws that govern them. We discuss physics in the cosmic scale  - of how the universe began and how it evolves to  at the smallest scale – the quantum scale where we examine the fundamental nature of matter.
The video below (by Domain of Science) below provides a roadmap of physics and many of the concepts it covers . Enjoy!

Before we start we need to lay some ground work. The first is understanding the mathematical principles involved in physics, the second is understanding the scientific process.
Mathematics is the language of physics. When scientists conduct experiments they measure. Establish relationships. So it is important to know how we measure and how we establish those relationships. Following few lessons examine some important principles in

1. Dimensions and Units, and the SI system 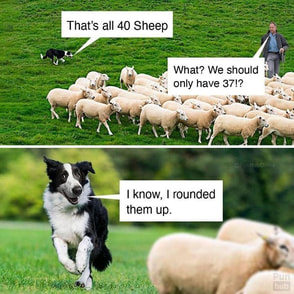 ​In physics, we make measurements. In many cases, those measurements may involve extremely large values, or extremely small values. To negotiate those values we use various mathematical tools to make meanings of those numbers. The following videos examines four different tools we use to allow us to manipulate numbers more effectively.
video
worksheets
video
worksheets
The following are various worksheets as well as answers

When we collect data, whether it is two sets of variables where we are trying to establish relationships between them , or we collect multiple variables and were trying to identify various correlations between those samples, will use graphs to visualise those relationships.
However, it's important to know what type of data you are collecting and how you will represent that data in the form of graphs. It's also important to use those graphs to allow you to determine the mathematical relationships between the data sets you collect.
The following two videos are designed to elaborate on these points.
video
resources
video
When we graph variables that have a relationship, the graph allows us to determine their mathematical relationship
For example if we graph y vs x, and it is linear, the slope will be the constant of proportionality ie  y = mx.
If we then extrapolate the line through to the y axis, we can determine the coefficient
If the graph gives what appears to be parabola, then if we graph y vs x^2, (as opposed to y vs x), we will also get a straight line, and thus the slope will give us its coefficient of proportionality  ie  y = mx^22
Many relationships in physics are relatively straightforward forwardBut this is not always the case. In all the examples above the power for y  = 1, but it can be another power. It can also involve fractional powers, such as square roots, and exponentials and logs.
resources

The Scientific Process of Measurement

When scientists make measurements I have to consider a number of things. They need to use appropriate tools for their measurement.They need to be aware of any possible errors that may exist in what they measure which can contribute to any uncertainties as well as how accurate their final answers are. I also need to ensure they conduct the experiments in such a way that measures what they testing and ignores other factors. And they need to ensure that if they do research, the information they gather is correct.
Following videos examines some important considerations if you want to understand the process of science. Terms such as precision and accuracy, uncertainty and error, reliability and validity – these all have very specific meanings which may be different to what the general population might think.

When scientist make measurements they have to be aware of the precision of the instruments,  how accurate they are with their measurements and aware that there will always be some uncertainty in the measurements they make.
​These three terms have very specific definitions in the domain of science and the following video examines them and how to use them appropriately.
video
video
- Coming Soon

We all make errors, even in science! When scientists measure and collect data, they need to be aware that Errors can exist in their data. The following video examines the two basic types of error and ways that they are reduced.
video
problems
video
coming soon
problems
Coming Soon